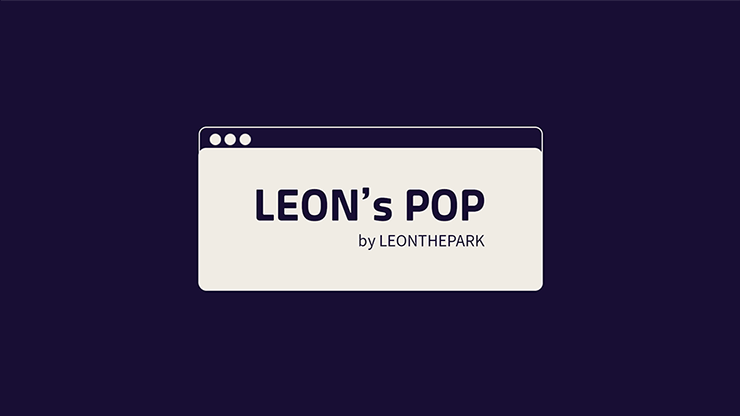 LEON’s POP contains five visual magic tricks including the sandwich idea that ‘LEONTHEPARK’ made in 2016.

You can learn various effects such as sandwiches, production, and torn & restore, etc.

The chosen card visually appears between the two jokers.

A new effect has been added to LEON SANDWICH.

A card appears visually between the Joker.

The card is not the audience’s selection, but it suddenly changes to the selection.

Show 4 ace cards and choose one of them.

The card moves from hand to hand in an instant.

At the end, all four ace turn into four king cards.

Pick a card and puts it in the deck.

Take out the joker and punch the hole.

The hole instantly disappears and moves to their selection!

Show a card with two holes.

Shake the cards and the holes disappear one by one!