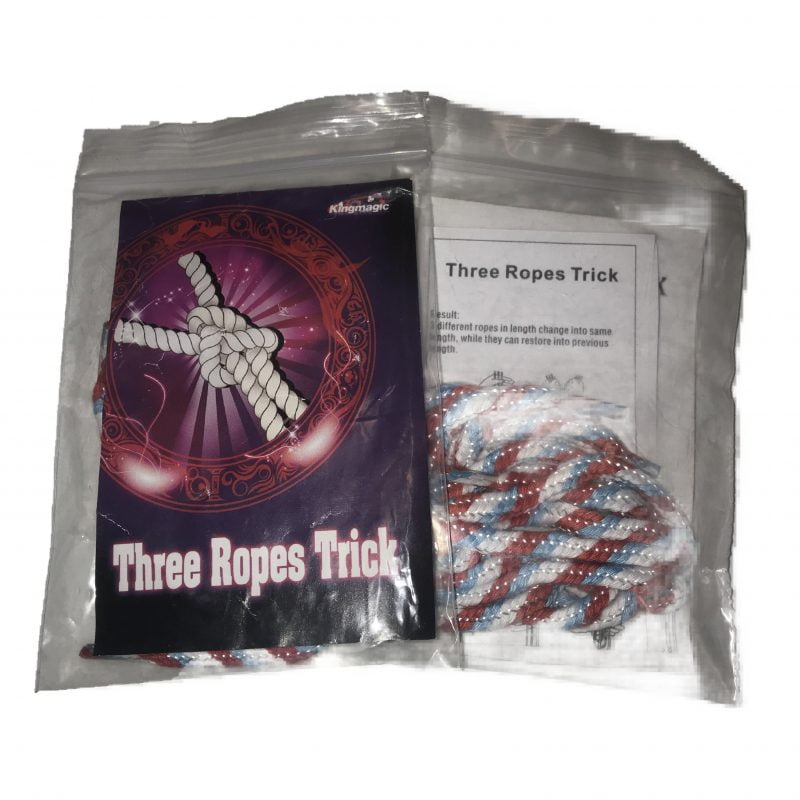 This classic three ropes trick has been baffling audiences for ages. It is one of the first tricks I bought and learned as a kid. Yet it is still used in the acts of professional magicians all around the world.

The magician shows three separate ropes of varying lengths. One short, medium, and a long-sized piece of rope. The ropes are gathered in the magician’s hand then suddenly there are three medium-sized pieces of rope. All the ropes have changed to the same length. Once again the magician gathers the ropes. Then removes one short, medium, and a long rope. The ropes are back to the same size they began and can be fully examined.

This perplexing trick has also been called “The Professor’s Nightmare”. The original routine can be expanded on and worked into a full rope routine.

The secret to the Three Ropes Trick is simple and easy to learn. But the effect is very captivating.

Be the first to review “Three Ropes Trick” Cancel reply