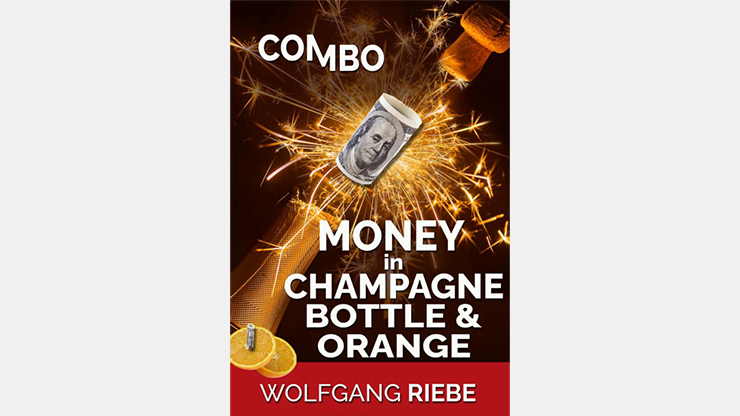 The magician borrows 2 regular money bills from 2 random spectators. These are torn in half and each spectator receives one half of their bill. The remaining two halves are vanished by the magician. One half reappears in an orange and the serial number matches the one bill of the one spectator exactly!

The routine is as CLEAN and DIRECT as described!

No gaffed bills and no serial number tampering!

You start and end CLEAN!

The final spectator can keep the champagne bottle!

Champagne & orange already on stage before the trick!

Created for the professional who needs a solid trick that can work under any circumstances!

You receive a pdf booklet to download with everything clearly explained!