In a Class By Himself by Don Alan eBook DOWNLOAD 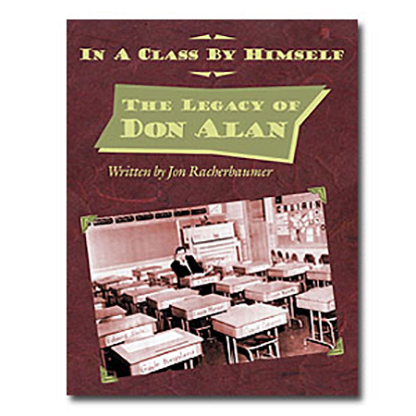 In a Class By Himself by Don Alan eBook DOWNLOAD

“With this book, whole new generations of magicians will not only discover who originated so much of what they take for granted, but also will have the opportunity to study some of the most influential and important and wonderful presentations and routines in all of close-up magic.”
– Eugene Burger

The most eagerly anticipated book of the New Millennium. Don Alan’s landmark work
has finally been fully and dramatically captured in multi-faceted, multi-mediated
form by Jon Racherbaumer, and L & L Publishing is proud to offer a vital masterwork
written the way magic books should be written. Not only are all of Don Alan’s
signature tricks explained in meticulous detail, but his unique format, important
sub-text, psychology and presentation – the life-blood of what set Don Alan apart
from the rest – is fully explained. These are the aspects which made his entertaining
routines the prevailing paradigm of 20th Century Close-up Magic. You will get
an inside look at what made Don Alan the most talked about and most copied close-up
entertainer of all time. And you will learn the whys and hows of his synergistic
routine-making and the all-important underlying themes: the Circle of Fun, the
uses of environmental and personal spaces, picking players, timing, control, momentum,
interrogation strategy, and much more.