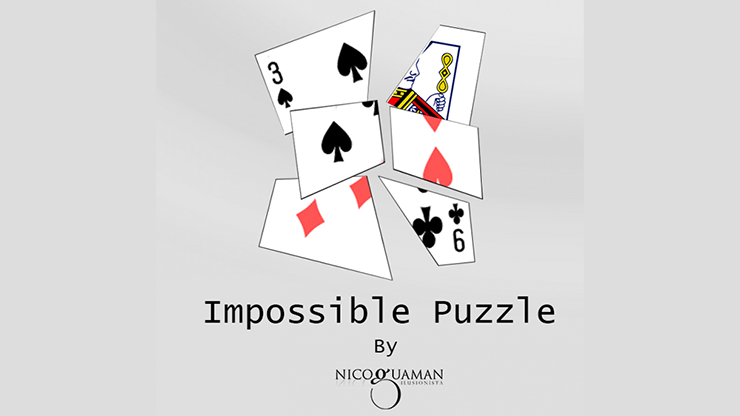 The magician shows six “puzzle cards” and that they are different. He then says that he will test the ability of the spectators, the first spectator chooses a puzzle and makes it while being timed. A second spectator chooses another puzzle and sets it but this time it’s more difficult, he will do it face down. After the playing and joking comes the magic. All the puzzles are mixed, it is shown once again that they are different. Now the magician says that he has a prediction and that he trusts that the spectators will put together the card that he predicted. The spectators choose the pieces they want, they change as many times as they want. In the end they decide on a final puzzle. When shown it’s a total mess, no pieces match. apparently, the magician has failed. But when the prediction is revealed, amazingly each piece exactly matches the ones chosen by the spectators!