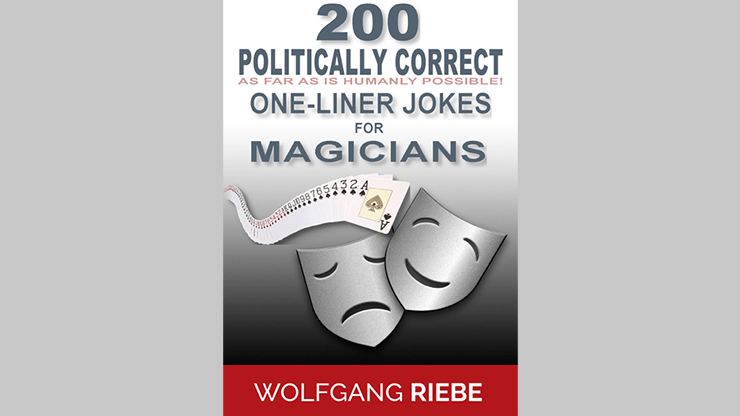 The world has changed – radically!

Being an entertainer and telling jokes has gone from ‘having fun’ with the audience to complaints about every possible issue. Political Correctness now rules.

Whatever your view on the issue, the new reality is that all entertainers now need to be more aware than ever before not to offend an audience member. Hence the need for one-liner jokes that are non political, non religious, non sexual and just about non everything!

As much as is humanly possible, jokes from past books, and new ones have been combined in the e-book that will ‘hopefully’ not offend anyone!

This is a book for magicians with ‘magician specific’ jokes that will ‘hopefully’ be safe for you to use in your upcoming shows.